I want to bring to your notice yet another scammer on WhatsApp who operates a WhatsApp TV and at first if you join his WhatsApp TV, he would post funny stuffs, but later on he would start advertising stuffs like sales of apparels, codes that give you huge sum of data and other services. 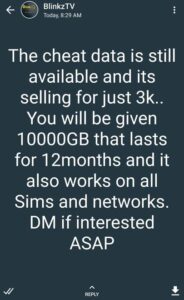 Truth is that if you should patronize him, he’ll send you the account to send money to and then claim that he didn’t see the money, if you keep pressuring him, he’ll then claim that he’s just advertising for people and those people have blocked him. After a while, he’ll prevent you from seeing his status and move on to other Victims.

I’ll post his details here so that people would know he’s a scammer to beware of:

Account details he gave to me to which I paid the sum of 3k into:
Pay 3k to this account 2131356898
Joel Eneojo Daniel
UBA Bank

Also is his display picture on WhatsApp: 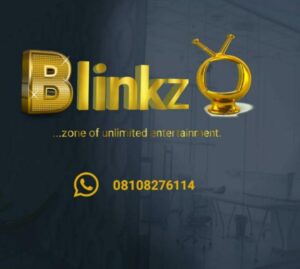 Before you all accuse me of trying to buy cheap data for just 3k, I’m currently working from home and my job consumes lots of data which would have been cushioned if I was in the office, and working at home shouldn’t mean I should not be able to deliver my service appropriately, hence my reason for trying to buy so much data at a cheap rate.

Also note he also sells clothes, bags and other stuffs, all these are just to scam unsuspecting people.