A client who lives abroad decided to buy some bitcoins and save them in his bitcoin wallet. He decided to buy from an old friend, initially wanting to buy 500 Euros worth of bitcoin. He reduced it to 300 Euros, been the first time doing business with his old friend.

His friend told him that he wouldn’t sell to him because he sells at higher prices. He would refer him to another person, he gave him the account details of the person he referred.

After payments of 300 Euros when converted is around 169,000 naira. The client didn’t receive the bitcoin and an old friend keeps giving excuses to date.
Severally people have been warned, don’t trust anyone. Be it, friends and family, you can’t trust anyone these days. 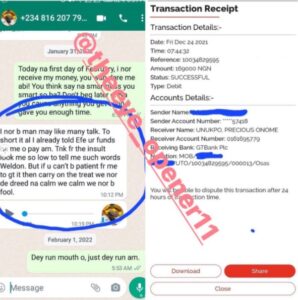 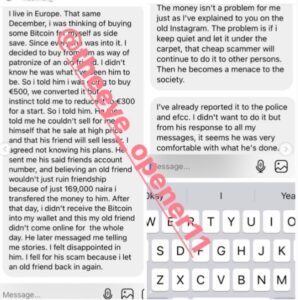