How a supposed Customer Scammed me

He just scammed me and blocked me immediately I mentioned his name.

He told me to send him 4.5G Airtel data and claimed he didn’t receive it after sending and blocked me immediately.
I decided to search his number on nairaland and found out he’s a renowned scammer named Akintunde Opawale. 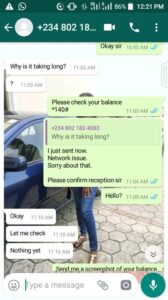 He started bringing up excuses 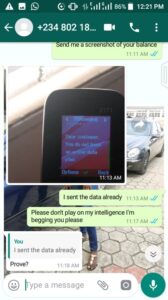 The scammer trying to play on my intelligence 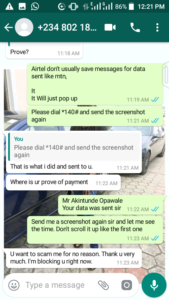 He later blocked me