How I was defrauded at Alaba International Market

I went to Alaba international market to buy a set of Tokunbo Home Theatre. I got to a shop and specifically told them I wanted a SAMSUNG Home Theatre and the search began. They tested 3 different sets and the last one got my attention and I asked for the price. 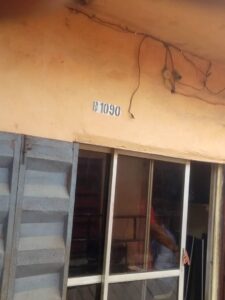 The seller (shop owner) told me it was N55,000 and I negotiated it to N25,000 and he asked me pay. I requested for his account details but he declined saying he doesn’t take transfers. I quickly went to use POS, came back and asked for the SAMSUNG SETS I had priced be tested to avoid foul play. It was tested and after confirming it, I paid and a receipt was issued to me after I wrote my name and signed without going through it because I never suspected any scam. 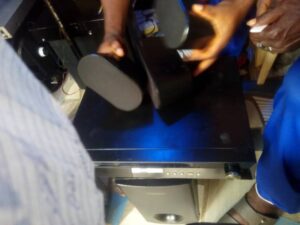 Now, it was time for me to leave with my purchases and the boy said “the engine/DVD to the home theatre I bought does not support or work with electricity but strictly works for only generator” to me. I asked him to repeat himself and he did. The statement didn’t make sense to me. He then suggested he could swap the engine/DVD of the SAMSUNG Home theatre I bought for another one that uses electricity. I sensed foul play and asked him why he didn’t tell me these before making payment.

The owner of the shop had gone out when the boy was telling me this. Luckily, he came back to meet us arguing. I narrated what his boy told me about the sound system they sold for me, he affirmed to it that the engine/DVD doesn’t use electricity. I got confused and demanded for a refund. These guys refused. Insisting I take another DVD and this infuriated a lot of noise and brought an elderly man who claimed to be the landlord of the shop. He asked me what was wrong, I told him and he slapped the boy. The elderly man asked me to calm down that he was there to help me out and requested to see the receipt that was issued to me. Lo and behold, the subwoofer and the other 3 small speakers were not included in the receipt. They only wrote the engine/DVD they claimed doesn’t use NEPA light and even boldly put NO WOOFER & NO SPEAKERS. (indirect or indirectly, I only paid 25k for just the DVD player) 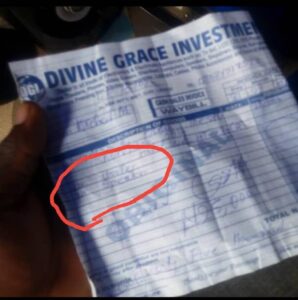 The truth was, I never saw these errors before the arrival of the elderly man. he pointed out the errors and finally told me they don’t refund money in ALABA that it was all a trick and the trick was for me to pay any amount because the sound system I bought was more than 25k that I would have to add more money for me to go with it. I insisted I don’t have more money to add and they insisted I take a Chinese product. I didn’t agree. To cut it short, I finally found out the elderly man was part of them. His job was to distract and calm their victim down. At the end of it all, I only got the subwoofer and 3 small speakers. The ENGINE/DVD was not given to me. This was my sad experience today in the hands of some heartless Scammers.