“IGWE KINGSLEYBLOOM” is a fake travel agent. Read more on what he did to a potential customer

“IGWE KINGSLEYBLOOM” claims to help people Study abroad, he presents himself with good profiles, and after Collecting money, he tells different stories, Unknown to the Victim that he is a thief, and a Scammer, then he goes into thin air.

One of his clients sent N390,000 naira to “IGWE KINGSLEYBLOOM” on the 25th of January for the payment of school fees.

Since he got the money, it’s from one story to the other, and whenever he gets called out he sends your charge and bail lawyer to issue a lawsuit.

After Collecting the Money he goes Mute and blocks them Off. 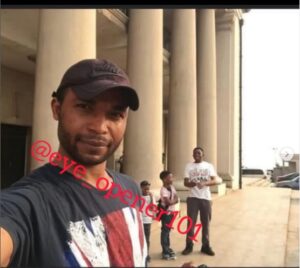 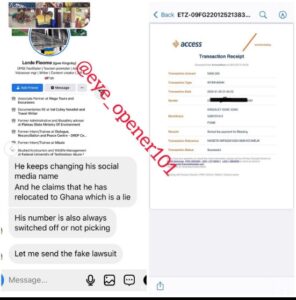