The Scam that crumbled my business

I was scammed of a total of N113,000 within 2 days. This is the way it went.
I joined telegram that day and I was into a business that I needed to buy products at the end of the month. So, I had about N120,000 but needed N169,000. So, I was added to many such platforms where they kept advertising pay N50k to get N150K. I saw various testimonies and was so convinced.
So that Friday, I chatted the so called admin up and I was sent the account number with Union bank. I deposited the N55k I was willing to use. It was then I was told that I will register with N31k and some hundreds. At this point I was like how? I was scared that I have been caught but comparing N55k to about N32k, I still went further to deposit. After that I was told to pay N26k for withdrawal form, then I knew I was in trouble. I sent the N55k on Friday then sent the N32k and N26k on Saturday by 4pm. I was now told that I will receive N165k by 9pm on Saturday. By 8pm, I was blocked. Chai, I couldn’t tell anybody and was sweating inside AC that night, the way my voice tone changed as I was teaching a cousin of mine and a call came in, the lady noticed that something was wrong with me. Last last, my business crumbled and the money greatly affected me. I went to my bank but nothing has been done to it till date. Chatted with Union Bank but couldn’t get anything. So that was how I was scammed o. 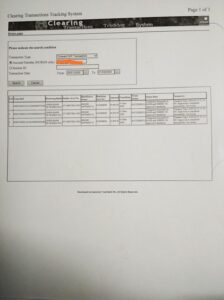